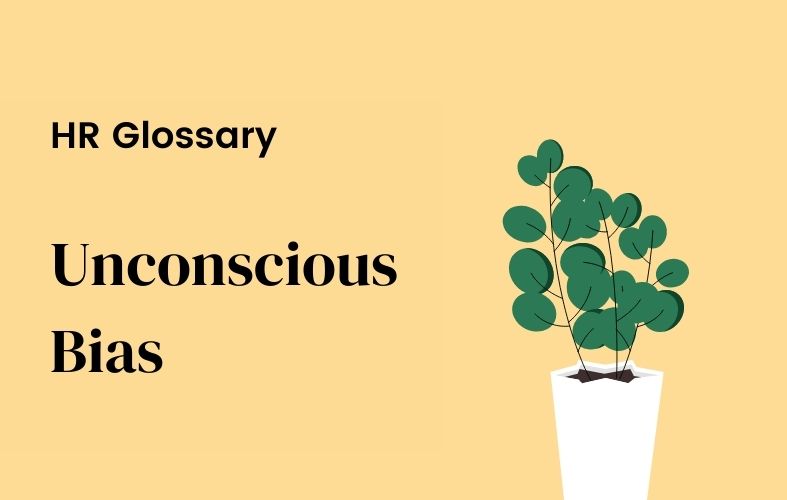 What is unconscious bias?

Unconscious bias is something everyone has; it is a product of our life experiences. Typically, it will show itself in a person :

These similarities and differences can be wide-ranging, including gender, race, religion, educational background, and age.

Unconscious biases can be a problem in the workplace when related to hiring (like conformity bias) and promoting employees or dealing with conflict and behavior problems. It not only results in unfair treatment of the workforce but can also affect company culture and business performance.

What are the types of unconscious bias?

There are four main types of unconscious bias:

If someone believes that women are not as capable as men in leadership roles, they may be more likely to pay attention to stories or events that confirm this belief and ignore information that contradicts it.

People enjoy working with those that are similar to them. This can be shown by organizations that hire from specific universities. As well as affecting an organization’s diversity, this can increase the risk of groupthink.

When people make assumptions about others based on their group membership.

"women are bad at math." Confident women may be deemed as aggressive and less feminine.

Women may find it hard to advance their careers and are kept in more junior or administrative roles.

When people let one positive trait color their opinion of an entire person.

“She is pretty, so she must be smart and friendly too.”

Thinking all teenagers are irresponsible because of bad experiences with teenage drivers.

How does unconscious bias show up in the workplace?

Unconscious biases can have a negative impact on workplace productivity and morale. It can also lead to discriminatory practices, such as:

How can unconscious bias impact inclusion and diversity in an organization?

The first way is through recruitment and hiring. For example, if someone has a bias against women in leadership positions, they may be less likely to hire qualified female candidates or promote them into management roles.

This can result in a workforce that is not representative of the population, which can have a negative impact on morale and motivation. And also lead to a lack of diversity in thought, which can hamper creativity and innovation.

The second way unconscious bias can impact inclusion and diversity is through employee interactions. For example, if someone has a bias against people of a certain race or ethnicity, they may be less likely to interact with them or connect with them on a personal level.

This can lead to feelings of isolation and exclusion, which can impact an individual’s performance at work. It can also lead to tension and conflict between employees, which can affect team cohesion and productivity.

At its core, unconscious bias breeding a lack of inclusion leads to missed opportunities for organizations. A study by McKinsey & Company found that organizations in the top quartile for both gender and ethnic/cultural diversity are 35% more likely to have financial returns above their respective national industry medians.

How to overcome unconscious bias?

Unconscious bias can affect the way anyone thinks. The important thing is for people to be aware of their biases and not let them affect their behavior or decisions.

If you are aware of your implicit biases, you can start questioning your beliefs and become more fact-driven in the way you work.

How to eliminate unconscious bias from the workplace?

Completely eliminating unconscious bias from the workplace might be an impossible dream. However, there are a number of steps employers can take to avoid the impact of unconscious bias.

1. Being aware of unconscious bias

The first step is to acknowledge that unconscious bias exists and that everyone is susceptible to it. Employers should make sure their employees are aware of the issue and its potential impact on workplace decisions.

With this information, they can start to challenge the decisions they make and be aware of any behaviors that may be driven by unconscious bias.

Making unconscious bias awareness part of your company culture will help to ensure that employees are more likely to be conscious of their own biases.

By asking employees to start calling each other out on the potential unconscious bias, you can start to raise their own conscious awareness and reduce the chances of it happening.

This can be done respectfully and contribute towards a growth mindset that supports diversity and inclusion in your organization.

Studies have shown that gender bias wording exists in job applications to appeal to candidates regardless of their characteristics.

By taking steps to prevent this, you will attract a wider pool of applicants.

Applicant Tracking Systems can be a powerful tool in sorting CVs and job applications based upon merit rather than individual characteristics.

5. Removing details that could result in bias

Such as name and gender - from candidates’ job applications. This is called ‘blind sifting.’ Again, Applicant Tracking Systems can help with this.

To make data more relevant to decision-making. Whether you are dealing with recruitment, promotions, or disciplinary action, unconscious bias will be less likely to impact your business by putting data at the center of your decision-making processes. 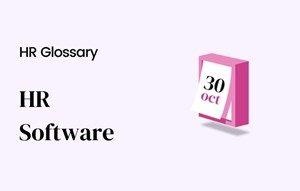 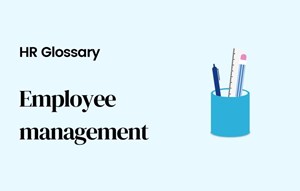 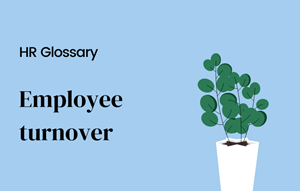 Gather all your HR data in a single digital place

Streamline your recruitment with our applicant tracking system

Oversee all employees devices in one place

Offer the best onboarding experience to your new hires

Keep track of all softwares used by your employees

Manage all of your administrative documents online

Keep an eye on all your employees' trainings

Automate IT interventions and their follow-up

Take the pulse of your employees' well being

Manage your health insurance and benefits